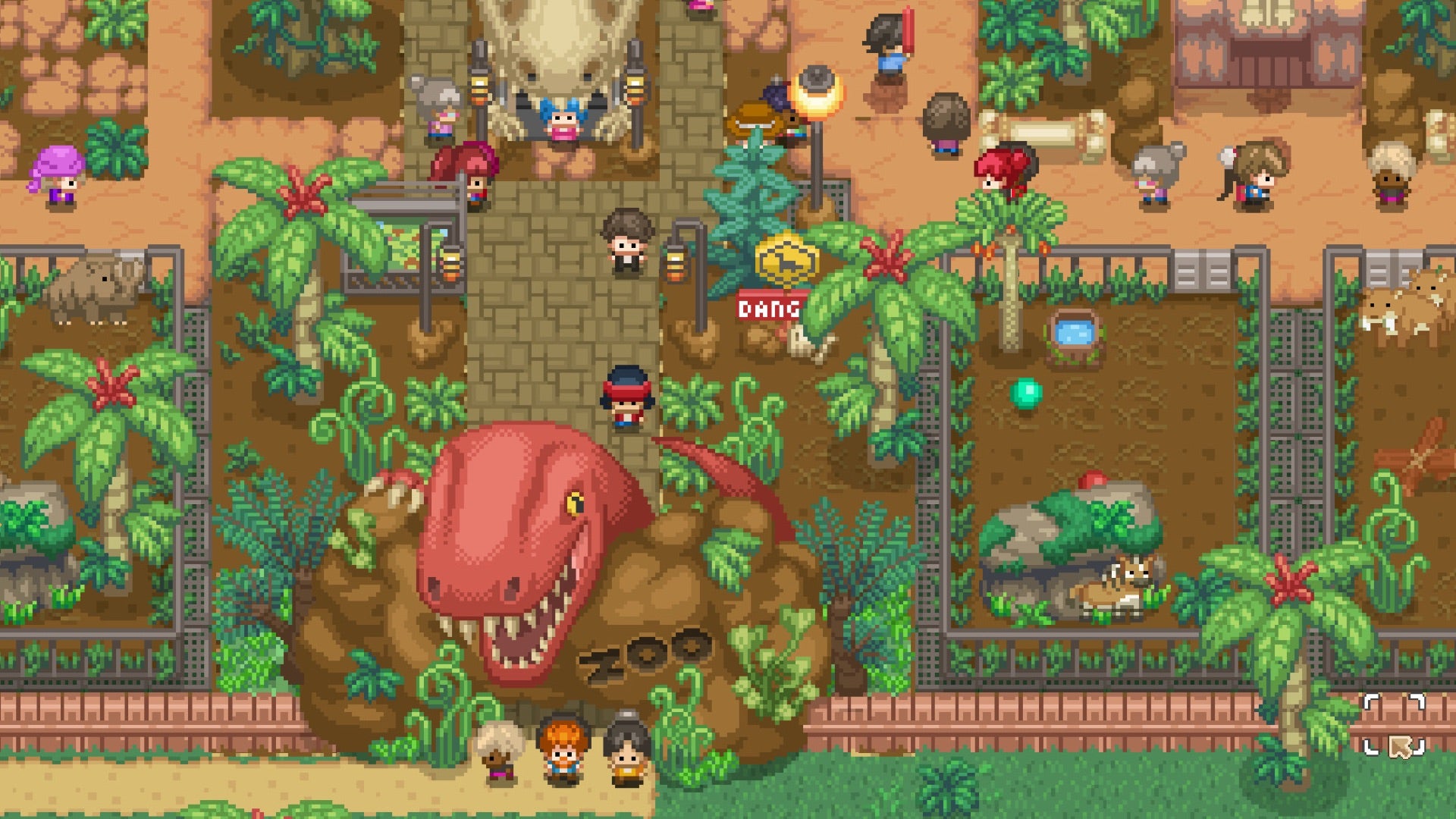 If you’re starting to tire of splicing up the same old animals into DNA hybrid monstrosities in park management sim Let’s Build a Zoo, there’s some potentially exciting news on the horizon: you’ll soon be able to fancy up your adorably terrifying creations into something even more exotic when the game’s newly announced Dinosaur Island DLC arrives on 23rd May.

Let’s Build a Zoo, if you’re unfamiliar, takes the familiar framework of classic zoo tycoons as its starting point, tasking players with importing and breeding animals, managing staff, and fashioning an appealing park using scenery items, shops, and amenities in order to keep guests happy and the money rolling in.

It offers two main twists on that familiar formula, however; there’s a morality system – giving players the choice between keeping everything above board or taking a more exploitative path – plus the aforementioned DNA splicing angle, enabling players to create and exhibit the likes of crocoducks, giraffephants, and chickow.