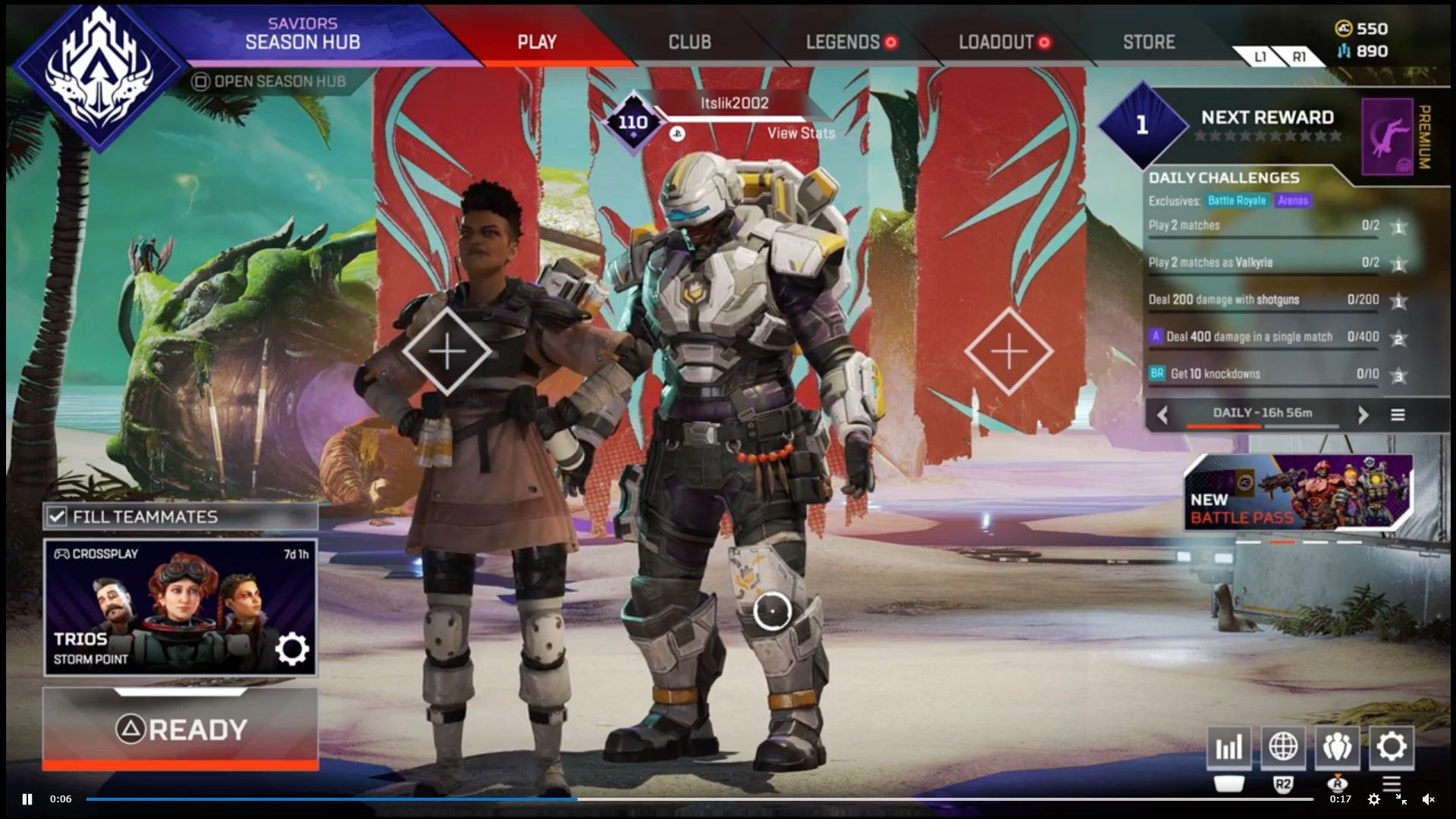 Apex Legends Saviors went live worldwide yesterday, and already the community is cracking up at a selection of hilarious (and super relatable) idle animations that add to the characterisation we saw with the Apex Legends Saviors reveal trailer, as well as the narrative trailer that introduced the defensive legend reason for entering the games.

Newcastle, who previously did some soldiering alongside Apex Legends favourite Bangalore has since settled down and had a kid away from the action. However, now that he’s been sprung back into gunfights while posing as a famous fighter, we’re able to see breaks in his facade that expose the softy he really is.

The community on Reddit were quick to flock to one animation where Bangalore appears to mock her longtime friend for this bizarre appearance in the Apex games. Strutting in from off screen, we see her nail Newcastle’s signature pose, take a jab at his sweet visor, and poke at his newfound parental figure. All the while we see Newcastle tanking the friendly banter like the frontline support he is.