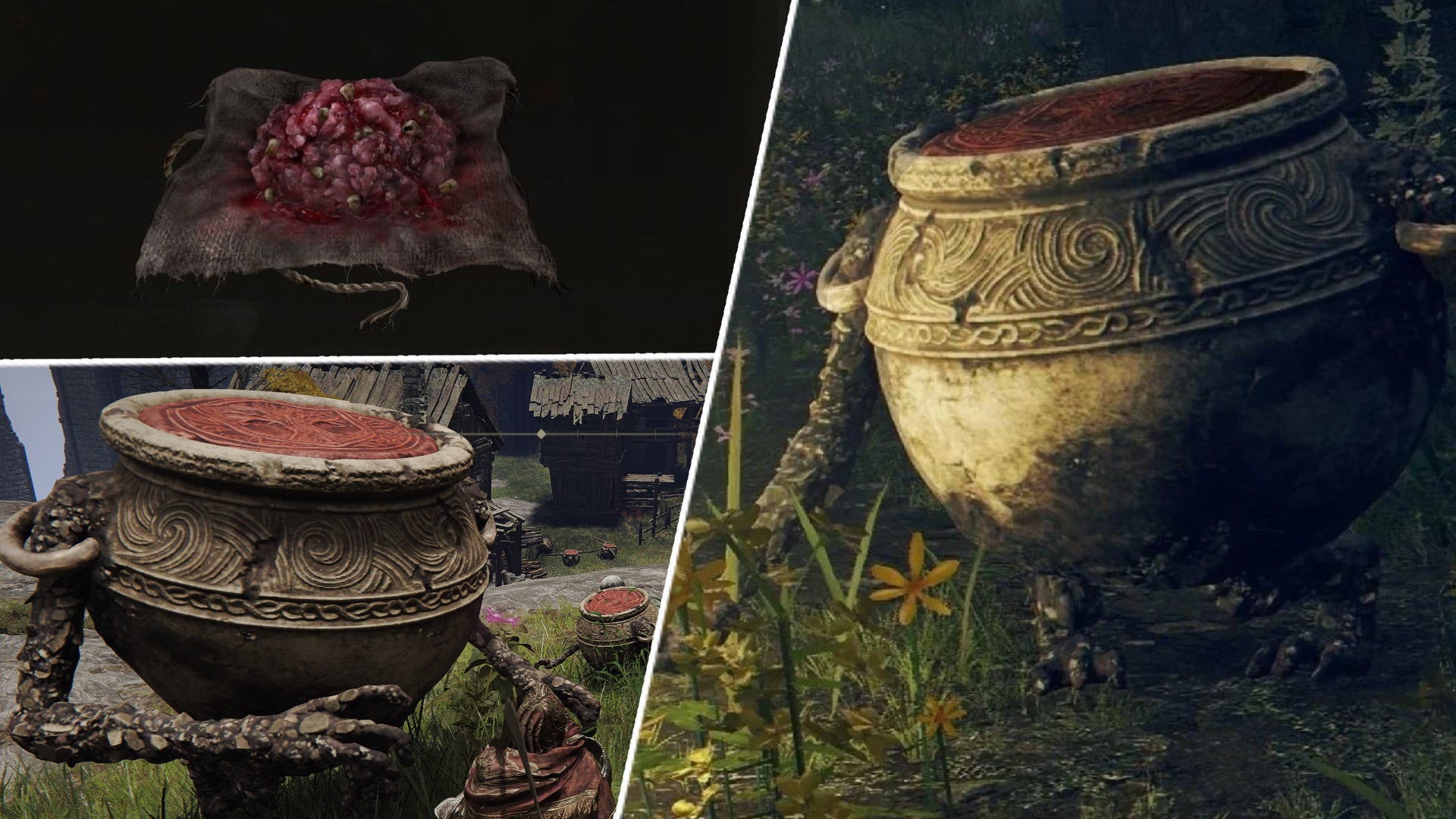 I can’t stop thinking about Elden Ring‘s Living Jars – and not in a wholesome way. Yes, I was swept along in the initial wave of pot-worship, aaawing at their little arms and legs and wanting to pinch their clay cheeks like some over-familiar, boundary-ignorant grandma.

But now, I see them for the ceramic horrors they are, Milkshake Ducks with rotting corpses instead of racism. And while I’ve tried to put them out of my mind, temporarily leaving The Lands Between for the more wholesome, youngling-juggling shenanigans of LEGO Star Wars: The Skywalker Saga, the nightmare fuel just keeps on flowing, even when I’m away.

It was the battle with Starscourge Radahn and his tiny, tiny, horse that clued me into the Jars’ true nature. The needle scratch moment came when, roaming the battlefield after Radahn had fallen, I saw Alexander, Warrior Jar, pawing at the ground. I wandered over to thank him for his assistance, having summoned him more times than was strictly healthy. Then, after a couple of mundane lines of conversation, he dropped this bombshell: