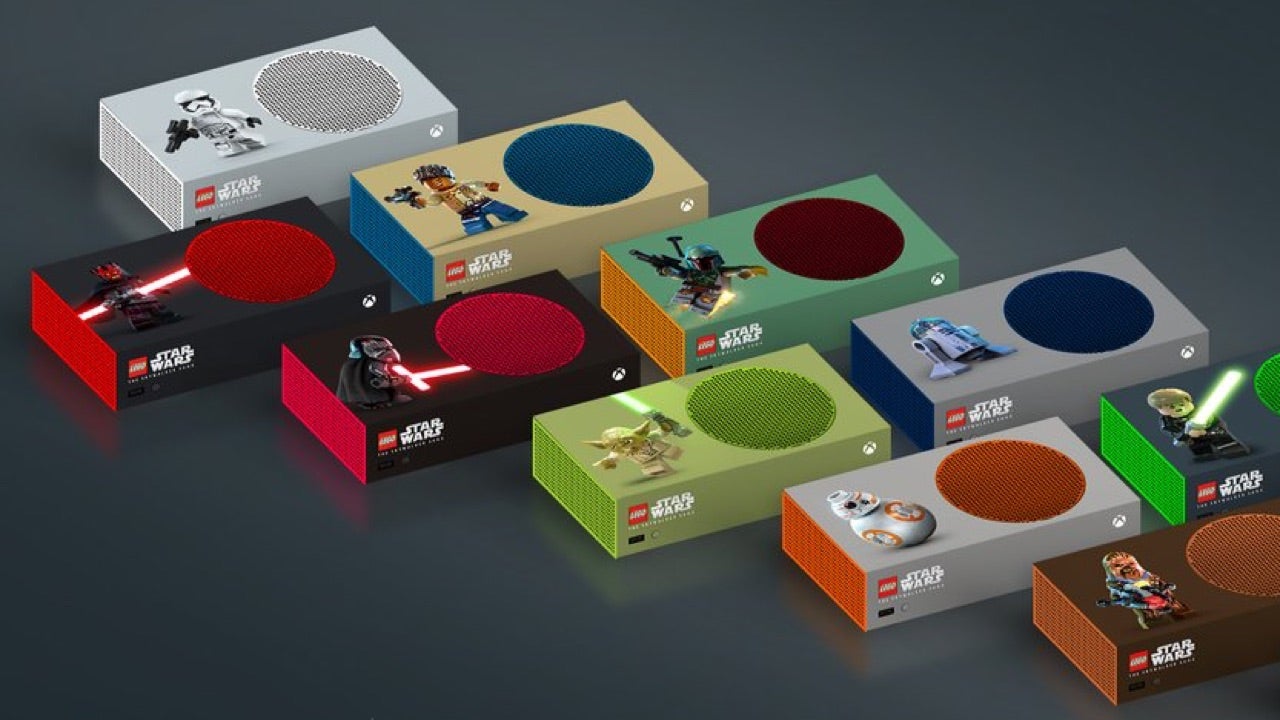 Each of the 12 custom consoles features a unique colour scheme and design inspired by a different Lego-ised Star Wars character from across the nine Skywalker Saga movies. BB-8 is represented by an orange and grey Xbox Series S, for instance, while Boba Fett opts for orange and green, and Darth Vadar goes all-in on the black.