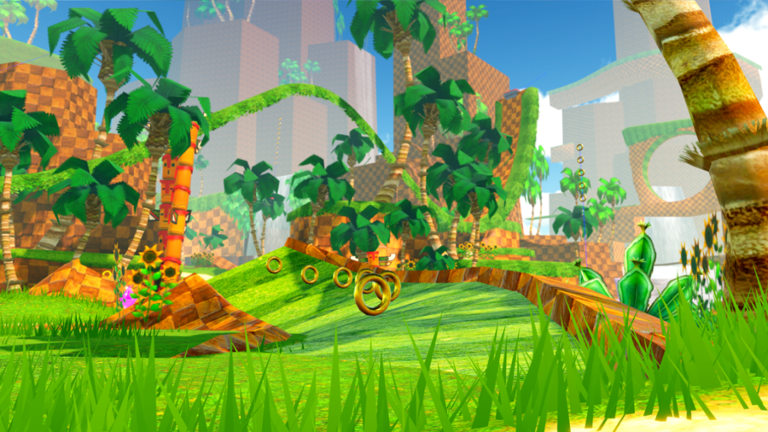 I should come right out and say I don’t know much about Roblox at all, even if it’s one of the most popular game platforms in the world. But then I’m not really in its target demographic of kids under 16. From what I’ve gleaned, it has easy-to-learn tools that allows anyone to make a game, whether that’s something of the very basic, derivative, and janky kind, or something approaching professional quality. I’m also aware of People Make Games’ investigations into the platform’s questionable and exploitative practices, that’s enough to convince me I shouldn’t touch it with a barge pole.

On the other hand, I do like Sonic the Hedgehog. So when a new game launches on Roblox that’s not only starring the Blue Blur and friends but is officially licensed by Sega, then that’s more than enough to raise some cautious curiosity, especially when said platform is free and accessible to anyone with a smartphone or web browser. Roblox may already be home to various other Sonic fan games, but besides being an official release, Sonic Speed Simulator is also the work of Gamefam, the first professional company to treat Roblox as a proper game development platform. The developer is also no stranger to partnerships, having collaborated with Mattel to create an open-world racing game based on Hot Wheels in 2020.

It might be a stretch to call Sonic Speed Simulator a game when it’s more of a tribute – and an experiment that teases the potential of the kind of ‘open zone’ 3D gameplay Sonic Team is currently working on with the upcoming Sonic Frontiers. It actually reminds me of ‘Sonic World’, which featured as part of compilation Sonic Jam for the Sega Saturn. That was also not really a game but rather a small 3D environment featuring a low-poly Sonic and Tails that doubled as an interactive museum, a sort-of proof-of-concept for Sonic in 3D leading up to Sonic Adventure on the Dreamcast.