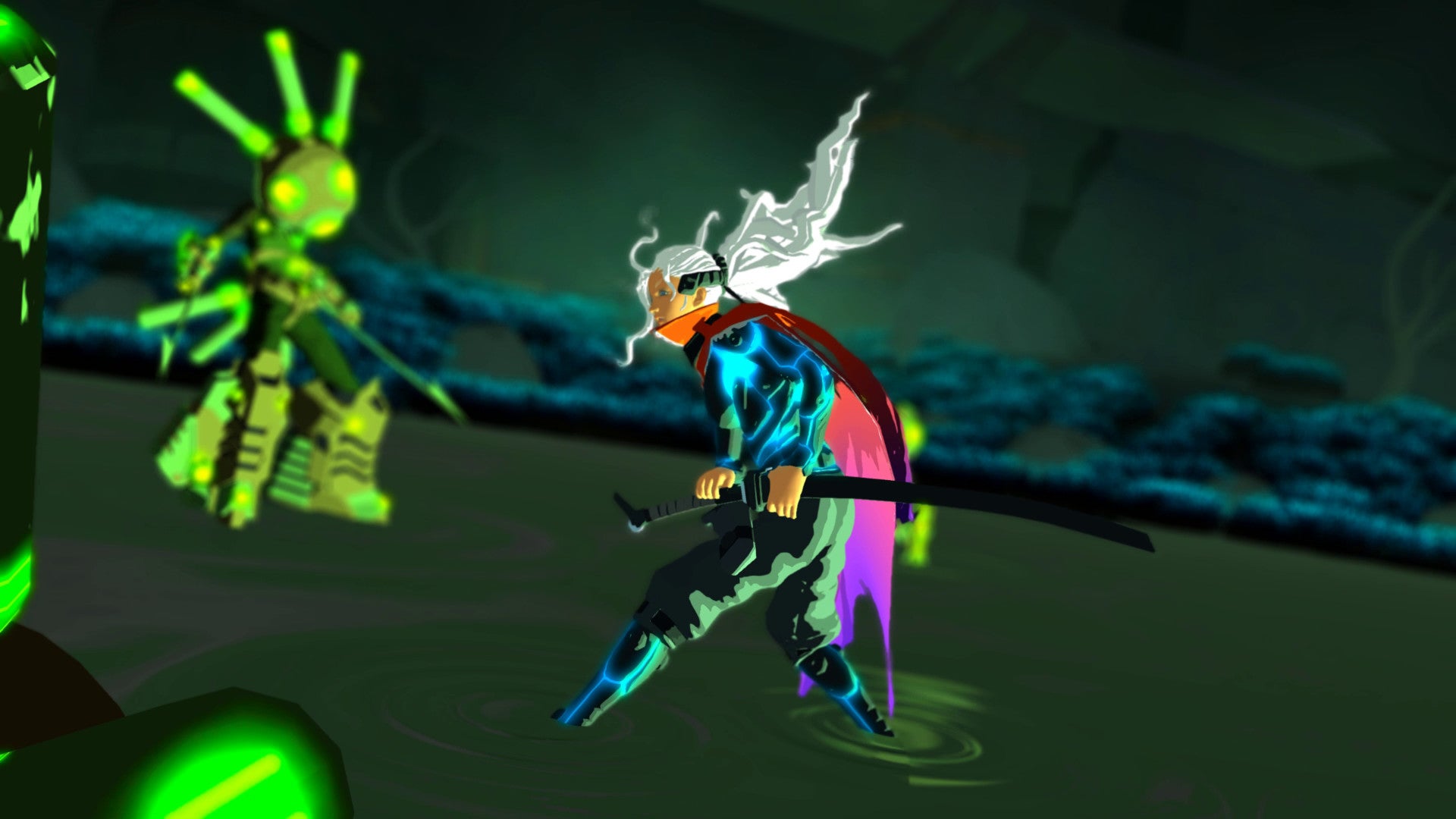 Furi, the now six-year-old psychedelic boss rush extravaganza from developer The Game Bakers, is poised to receive a new lease of life later this month on 17th May with the arrival of its newly announced Onnamusha DLC.

Furi – which The Game Bakers has previously described as a “love letter to Japanese action games such as No More Heroes, Metal Gear Solid and Godhand” – first released on PC in 2016, pitting its protagonist The Stranger against 12 incredibly stylish bosses. Each encounter played out very different – each boss requiring entirely new strategies to defeat – but it’s all built around the game’s streamlined one-on-one “dash-and-slash” action.

Onnamusha, then, aims to freshen up Furi’s six-year-old core by giving players a brand-new protagonist that can be used throughout the existing Story, Speedrun and Practice modes.