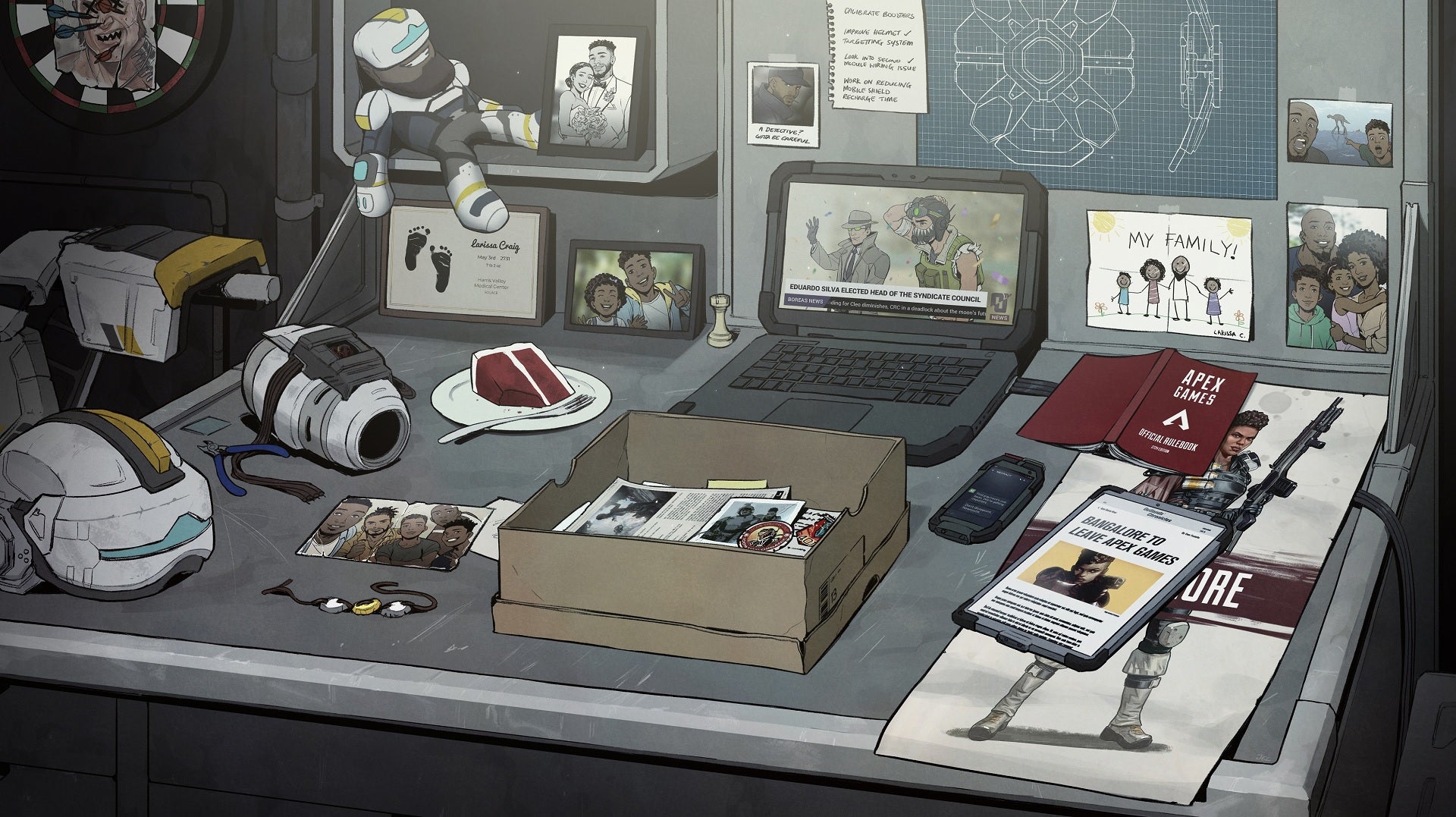 We’re in the early days of a new Apex Legends season, and as is expected from any build up to a climactic update launch, we’re getting little teases for what’s coming released via official Apex Legends socials. This time around, it’s an easter-egg filled workbench that has caught the attention of the Apex Legends community, a little late for the holidays but welcome nonetheless.

Since it’s release via the official twitter account yesterday, the community has been picking the image (embedded later in the article) apart, finding many recognisable story tidbits among other hints towards Newcastle’s character. There;s also a meme hidden in there too, for good measure.

Let’s start with the story stuff. Right on the workbench you can see that bracelet that popped up in the trailer, seemingly an item of value to Newcastle. Pair this with certain other hidden objects across the image, including a hand-drawn family picture which has probably been drawn by a child (unless Newcastle is truly awful at arts and crafts), as well as his kid’s footprints next to a framed birth certificate and it’s clear our boy has some family woes.