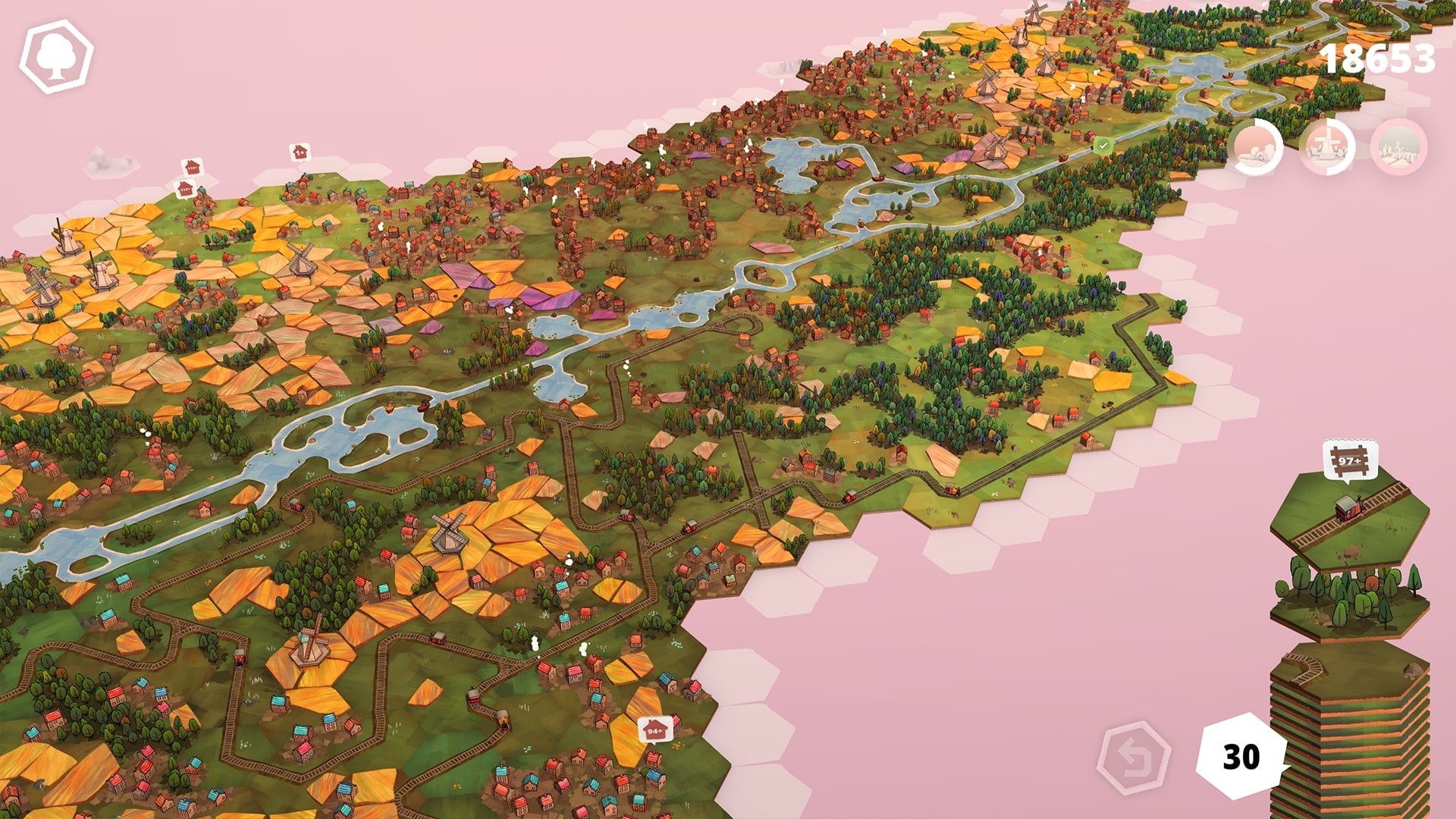 We must have said it about a hundred times but only near the end does it occur to me to actually ask what it means – what Dorfromantik means. I still don’t know even after a year of playing the game in early access, and now the game’s coming out, in 1.0, it seems like a good time to ask. Because it does have a meaning, and as I discover, the meaning is perfect.

Understanding it depends a lot on being German, because that’s where the team, Toukana, is from. Toukana is four people: Timo Falcke, Sandro Heuberger, Luca Langenberg and Zwi Zwausch, and they met doing a game design degree in Berlin. “Dorfromantik” is a German word. “An older word,” Zwi Zausch tells me in a video call they all join me for. “And it’s usually used to describe the kind of nostalgic feeling you get when you long to be in the countryside.”

Perfect, isn’t it? The closest word we have in English is bucolic, which sounds like something to do with the plague.