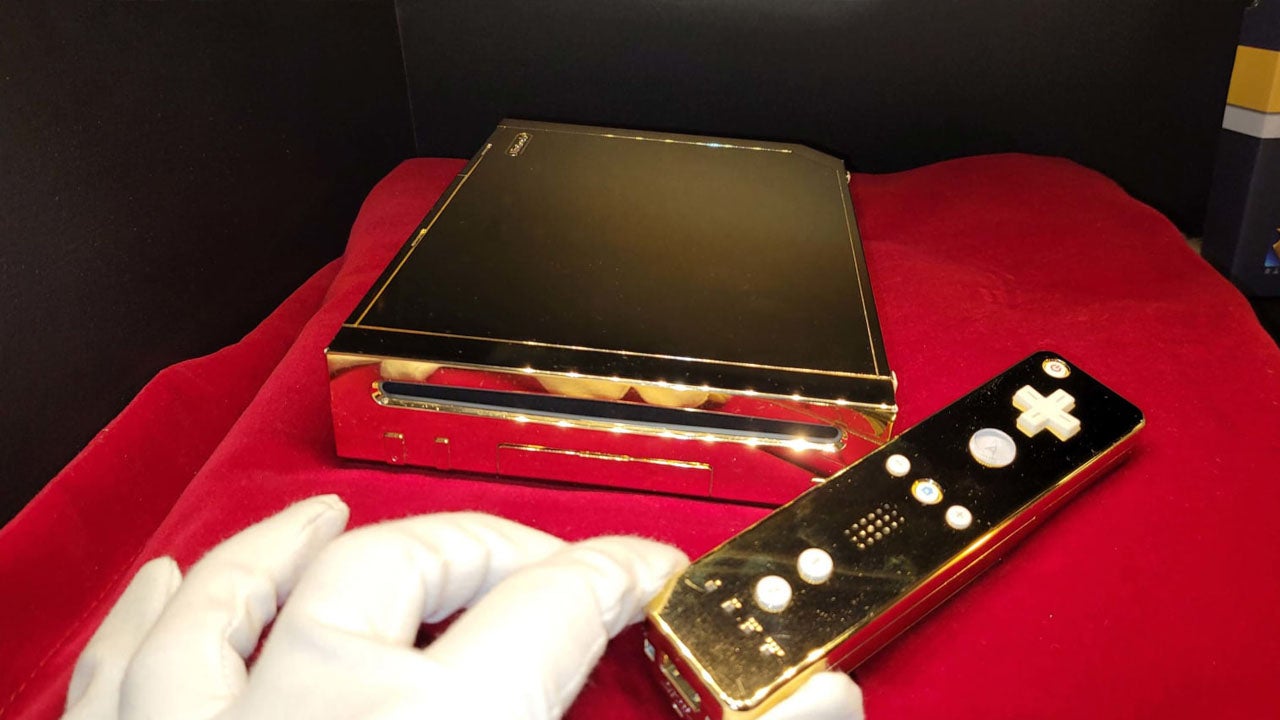 The Queen’s golden Nintendo Wii is once again up for sale, so if you fancy spending around three grand plus, it’s all yours.

Back in 2009, video game publisher THQ pulled a bit of a silly publicity stunt where it delivered a 24 karat gold Nintendo Wii to Queen Elizabeth the second herself. It was absolutely just to advertise the unabashedly shoddy Wii Sports ripoff Big Family Games, which isn’t the first game you’d think to pair a golden Wii with. People Make Games later found out that the Queen never actually got the console, and it’s changed hands a few times since then.

The listing is being held on the appropriately named goldin, which also features things like an original issue of Batman’s first appearance, and a whole bunch of sports cards. At the time of writing, the bidding sits at $3000, over 13 bids, and goldin describes it as “the ultimate Wii collectible). It still even has the copy of Big Family Games with it, but that should probably just be thrown out now.