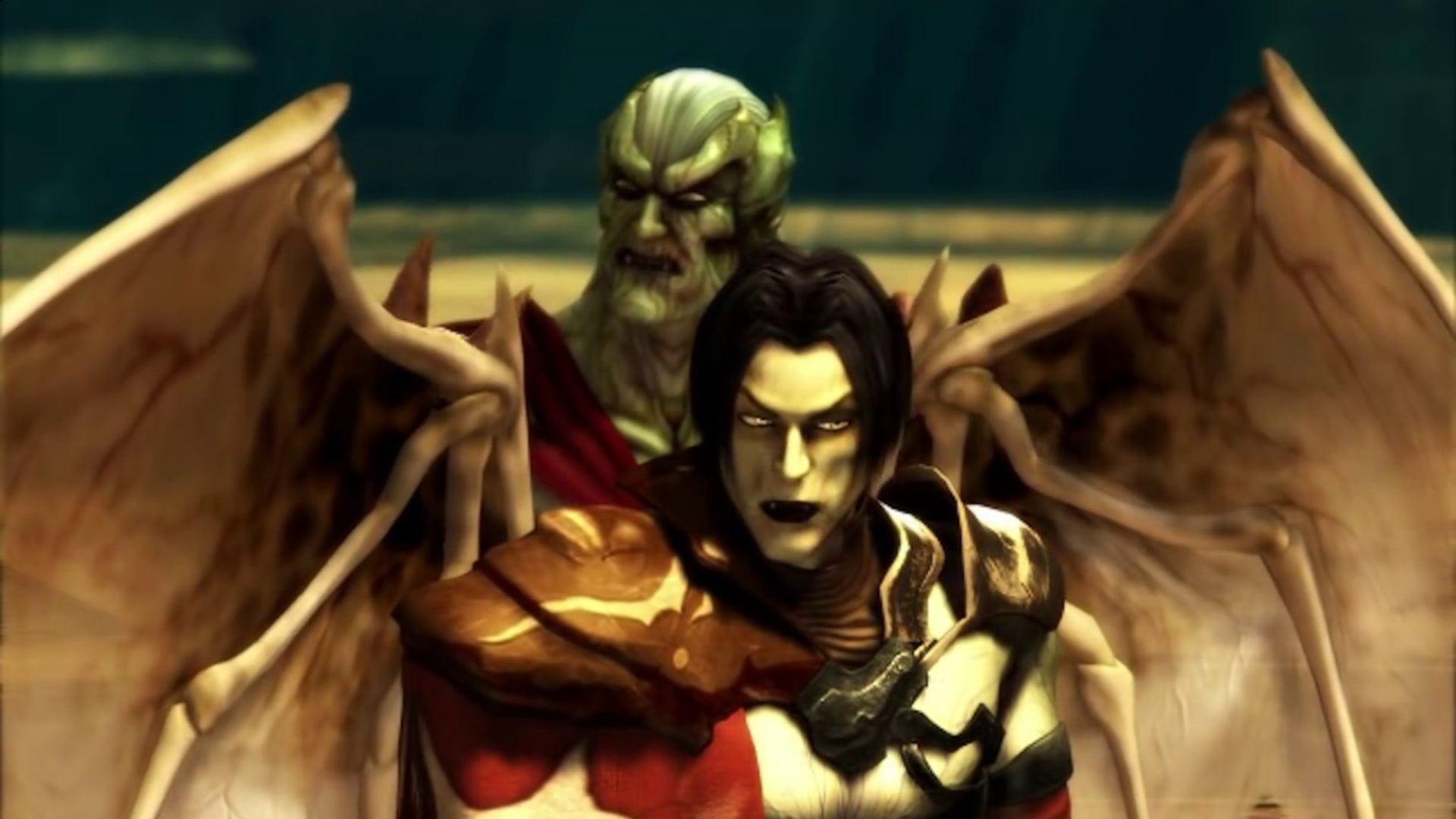 The Legacy of Kain series has been unlucky. Doomed. Multiple attempts to reanimate its wrecked corpse have been met with failure. The curse of Kain has, reportedly, taken studios and careers down with it. But then, maybe that makes sense; the dual protagonists of the series – Kain and Raziel – were never known for their luck, were they? Fated to dance through life and death as Nosgoth blooms and fades around them, their attachment to the world of the living was always tenuous, at best.

Apt it is, then, that we could be looking at a resurrection of the brand. This week’s news that Square Enix has unceremoniously shat off all of its less-desirable IP (that’s my reading of it) means that Raziel and Kain have a new God now; the faceless, uber-corporate suits at Embracer. At first look, you’d be forgiven for thinking the investment company would be satisfied simply pumping out a LoK-flavoured battle royal (hey, remember Nosgoth?) But, on closer inspection, it actually looks like there might yet be hope for all of us wanting to know what happens after 2003’s final chapter in the saga to date, Defiance.

“[Embracer has] been particularly impressed by the studios’ rich portfolio of original IP, housing brands with proven global potential such as Tomb Raider and Deus Ex, as well as demonstrating the ability to create AAA games with large and growing fan bases,” the company has said in a press release. “Embracer sees an opportunity to invest in these franchises, as well as the additional acquired IPs such as Legacy of Kain, Thief, and other original franchises.”